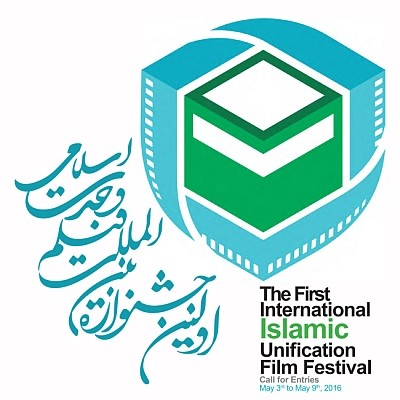 The first international festival of Islamic unification films is held with the objective of persuading film-the first international Islamic unification film festival from Islamic countries to produce some films in order to explain the mission of the universal convention of religious approximation, to improve the familiarity and awareness of the entente among Islamic religious followers, and to reinforce a mutual respect and consolidate the brotherhood roots among Muslims, without any distinction in sectarian, ethnic or national dependencies, in order to reach a unified Islamic nation.

"The first Islamic unification films festival" is held in two sections of feature and short films by the universal convention of Islamic film approximation in order to institutionalize the cultural and social objectives of this convention from May 3rd to May 9th, 2016, which coincides with the Prophet Muhammad's first revelation. 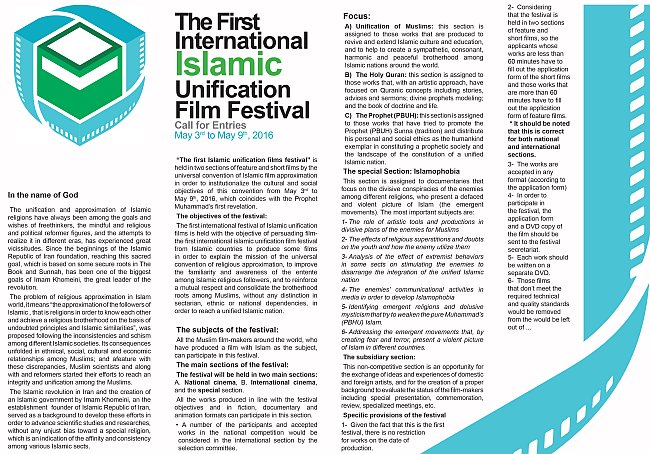